The past month or so has been fun of random bits of awesomeness, from the tracking of deer in one city to the finding of bones in another, to incense making and ritual preparation.

A while back, during my spring break, I headed out with my stepdad to explore the woods behind my mother’s home, a small house in the middle of the city that happens to border a wooded area. There, they get herds of 7-13 deer, some of which my mother can identify quite well. Since the area had seen so much deer traffic, the signs were everywhere. 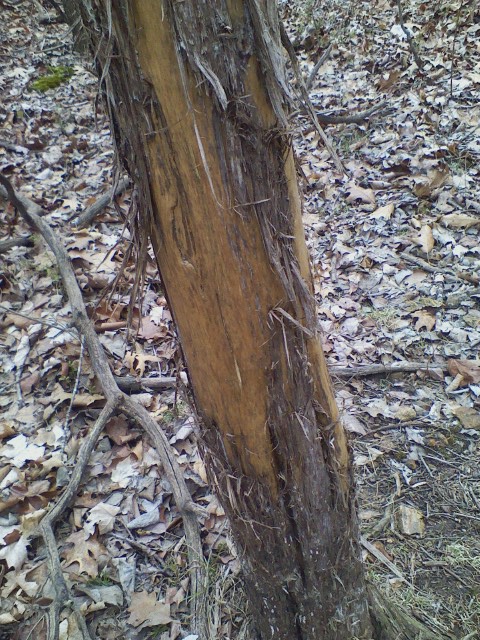 Signs of bucks in the woods

Hoofprints in the mud

The air was rich with a dash of wild magic, as I slowly learn to try and see the world with new eyes. Perhaps the tunnels of thorns are faery glens and to walk under archways of old spiny growth would be to walk into another land, never to return. Mushrooms form ladders and scale the trees, and the signs of life are everywhere. 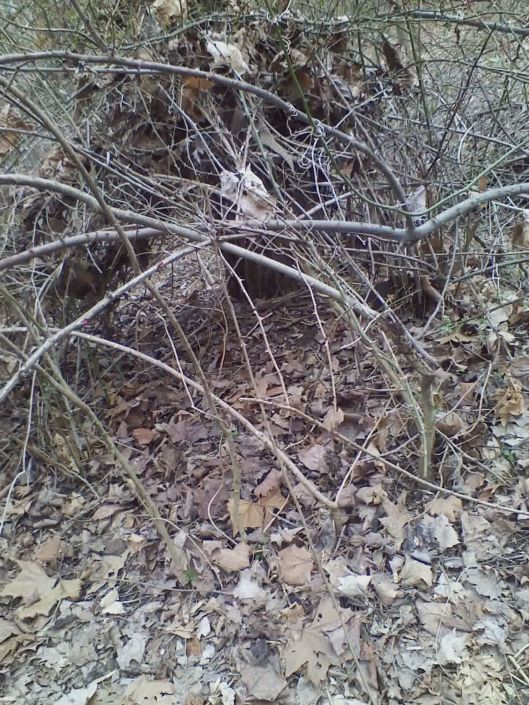 Fungi ladder to the sky

Also, there was a LOT of deer poop. Just sayin.

I’ve been experimenting in different kinds of crafting, from clay (which I’ve used before) as well as beginning to wood burn.

A sculpy rose before baking.

Belladonna and death for my alraun, first experiment into woodburning.

A partially done box for my magpie smudge wing, 2nd attempt at woodburning

Amarth and I got together on a Friday night and began crafting some incense, first a batch of for the dark moon and then one for the full moon, while burning some lovely bee propolis resin from Sarah Lawless. We drank tea and nibbled apple butter toast after, while watching the awesome movie with SJ and Bekah Kelso, Ember Days. We set up a small altar on the table and called the presences as well as calling my house spirits, who I figured would like to get in on some of the goodness.

Our altar for crafting and offerings 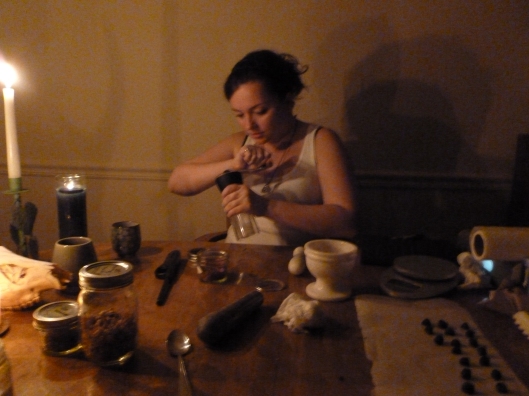 Me grinding away. Excuse the tank top, I was in comfy clothes!

Amarth huffing and puffing away! 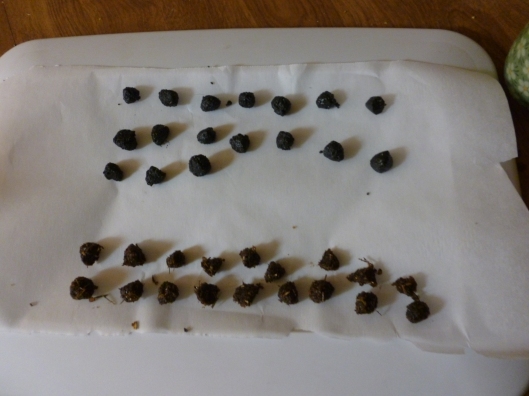 The next day, Amarth and I, along with his boyfriend, headed out to the local lake. We ambled along the shoreline and found all kinds of goodies and dozens of holey stones, one of which I took home with me for my first! We also found some old red bricks we will scrape and turn into brick dust.

After, we journeyed into the woods. We had intended on harvesting some poplar buds (we were going to try to use eastern cottonwood instead of balsam, as we don’t have those pretties in the south) for balm of gilead, but we realized we couldn’t identify one in the midst of hundreds while just relying on bark alone. We’ll have to wait until next year after we identify more trees in the area. We romped around for a while and found a giant cedar. After some fun climbing, we found a small vertebrae at the bottom. We buried it, and when we returned a week later found flowers growing over it.

Later during the first visit, we found the most amazing thing- 2 deer skeletons! They were not intact, but we found a large portion of bones (no skulls, but jawbones), as well as some remains from a turkey. We gathered part and created a small shrine area of the rest, as we didn’t have room to take care of all the bones (we each live in apartments). We left hairs for an offering then and came back the next weekend, leaving corn and other foodstuffs as well as spending time cleaning up the woods around the bones. We are fairly sure coyotes were responsible. While I have no pictures of the bones (I will post after cleaning and whitening), I do have some of us being silly! 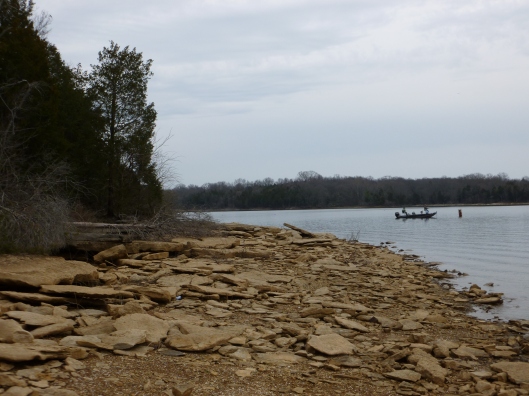 The shoreline and lakeside

Amarth and Nym in a tree. I’m not a natural climber, so my feet look really awkward 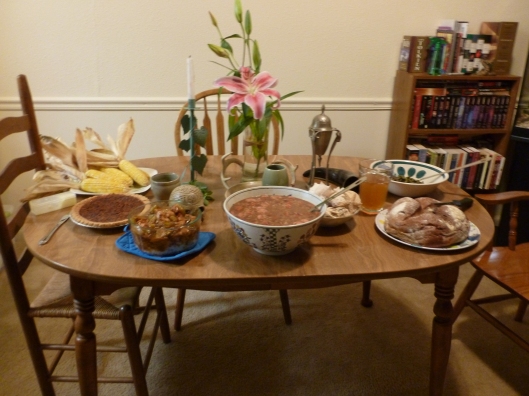 A delicious Lammas feast shared between friends, with Amarth, the wonderful man of my life A, my roommate Chica, and Amarth’s boyfriend.

Yesterday was Hekate’s deipnon.  For an offering I left some fish (and green beans and rice) that I had prepared at dinner, along with my garlic plant (the poor dear was dying, I felt compelled to at least offer it to Hekate instead of letting it rot in the pot as I can’t use any windowsills in this house anymore for plants) at the edge of the driveway in a small area of bushes and plants and stones.  Today, for the Noumenia, I placed a small daffodil on Hekate’s altar in my chalice with some water.  I left an apple at the offering area at the driveway and then also tossed 3 apples to the deer behind my mother’s home.  Whether or not this is proper at all for the Noumenia, I have no idea, but it’s a start!

These were dusted off/remade last night.  Sadly the amount of space I have to set up any altars or shrines is all squashed into my bedroom, so room is limited. 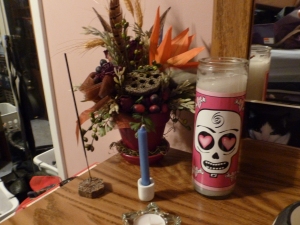 This is my ancestral shrine. The incense is patchouli, the large candle was a unique gift given years ago to me. The potted plant is a dried/faux flower arrangement given to me that contains dried roses from my father’s funeral in ’03. The picture on the corner of the mirror is my deceased kitty, and I hope to have something up soon to honor my grandfather. 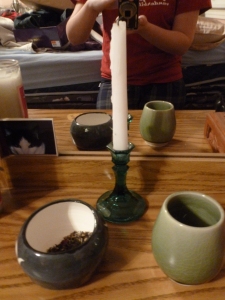 A small general area to think

This sits right next to my ancestral area, just an area to calm my mind and honor the general awesomeness of the universe. 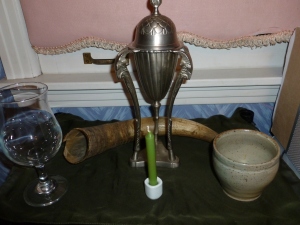 A general place for me to honor the masculine

This is my general altar to the God, the masculine, and the wild. It’s not yet claimed by a specific God. The bull horn was recently purchased, the incense burner an old one of my father’s, one of the few things I have from him. If I keep it as a general altar I may put my deer horns on it too, but I’m hoping a specific god will come to it, or perhaps I’ll make it a shrine to honor Dionysos. 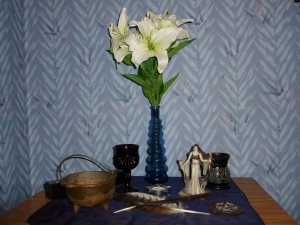 A small shrine to Hekate

I’ll write up a post later on why I decided to bring back my small Hekate’s shrine. I recently had an experience that made me realize that she IS in my life, and while there may be other goddesses who will become present as well, Hekate must be honored. The cauldron needs to be cleaned, not sure how I will yet. Only dry offerings will be placed in there anyway for now. The statue is the only one I have at the moment of her, although I really really want the Maxine Miller one, definitely my favorite that I’ve seen and on my list of objects to purchase. The feathers are owl and some sort of corvid (the latter was found, former a gift). I’ll have to say that this and the ancestral shrine currently hold the most attachment for me, but all will of course change over time. These were all quickly constructed, basic areas.

Error: Twitter did not respond. Please wait a few minutes and refresh this page.